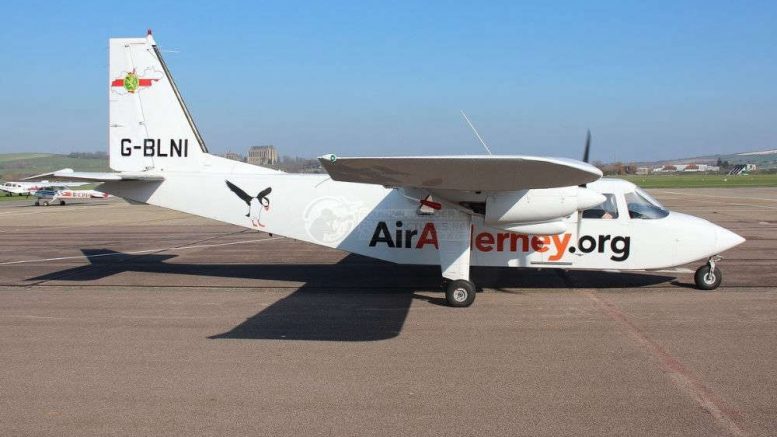 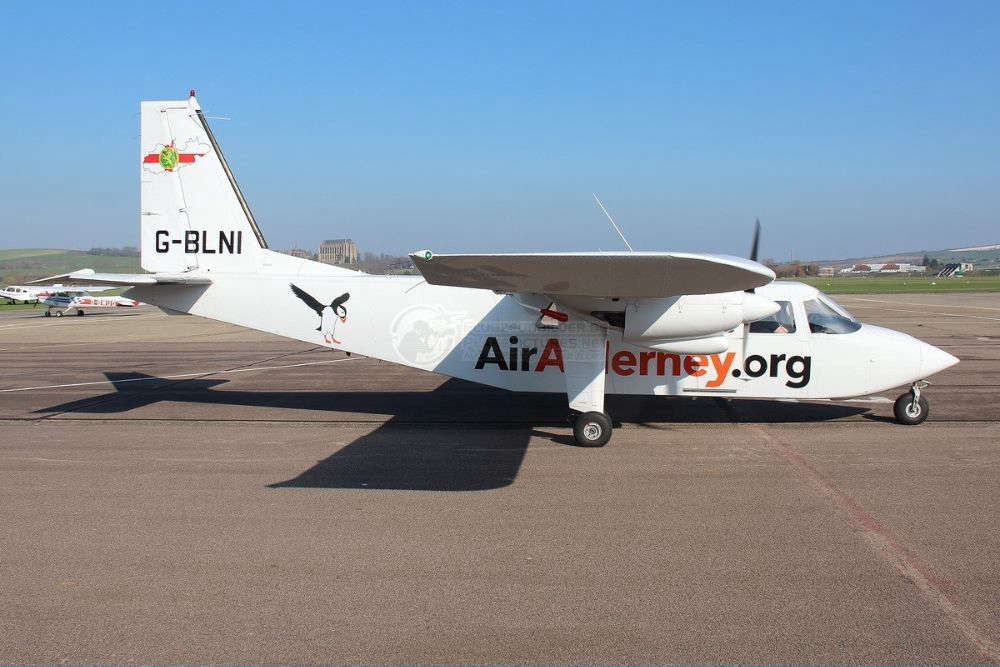 An Alderney businessman is offering an alternative to scheduled flights to help people get ‘Off The Rock.’

Ian Taylor moved to Alderney four years ago but found it difficult to get his dog on scheduled flights, so he began arranging charters.

Earlier this year he experienced problems getting a relative with disabilities across to visit him and his wife, so again he went for the charter option.

Ian says this was when the idea of ‘Off The Rock’ was born:

“We charted the Air Alderney Islander to bring Isla over this summer. And as a result of that, I thought, wait a minute, there must be other people who want to do that, for either their furry friends or for their disabled relatives.”

There are strict rules around operating flights for paying passengers, but an option is to form a Flying Club, which is what Ian has done.

People pay £25 to become a member, which allows them to book a seat on a charter flight:

“My company, Ortac International, would charter the Air Alderney Islander for members of the Off the Rock Flying Club, which is part of Ortac International. And as a result, as long as they are a club member, they are entitled to join in on that charter.”

The ambition is to arrange trips to Jersey, Shoreham near Brighton, Cherbourg and Dinard. He says he won’t be competing with Aurigny so there won’t be flights to either Guernsey or Southampton.

He says there’s been lots of online interest, but he needs between 50 and 70 paid up members to make it viable to charter the eight seater aircraft.

It’s being run on a costs-only basis. The first flight, to Jersey next month, costs £175 return, plus the £25 membership fee.

The image of King Charles, his Queen Consort plus the Prince and Princess of Wales was taken before a Buckingham Palace reception for world leaders.Guernsey Press…

An anti discrimination law will come into force in Guernsey in a year’s time, after deputies voted for an amended version. Island FM: Guernsey News …

Citizens Advice found nine out of 10 broadband customers and seven out of 10 mobile customers are with providers who can hike prices mid-contract.Guernsey Press…

Mourners continued to join the queue in their thousands after midnight.Guernsey Press…