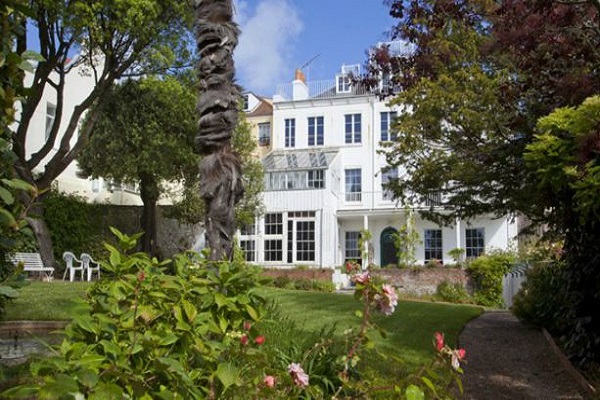 Hauteville House, Victor Hugo’s house and work of art. Built on the heights of Saint Peter Port, Hauteville House was the residence of Victor Hugo during his exile in Guernsey and the only property of the writer. Many masterpieces were written here – Les Misérables, Toilers of the Sea, The Man Who Laughs, The Legend of the Ages, Le Théâtre en Liberté, etc. – and the house is also a work of art by its layout and décor, designed by Victor Hugo himself.

Victor Hugo lived in Guernsey, one of the Channel Islands, for the last 15 years of a long 19-year exile. He was banished from France following the coup d’état by Louis Napoleon Bonaparte on 2 December 1851, and also expelled from Belgium in 1852 and from Jersey in 1855. He moved to Guernsey where he acquired Hauteville House in 1856, with proceeds from the sale of his collection of poems, Les Contemplations. Hauteville House remained in the family until 1927, when it was donated to the City of Paris by Victor Hugo’s granddaughter Jeanne Negreponte and the children of his grandson Georges Hugo, on the occasion of the centenary of the Romantic Movement.

The house is built on 5 floors, topped with a belvedere and overlooks the old town of Saint Peter Port and Havelet Bay. Entirely furnished and decorated by the poet, the house and its contents reflect Hugo’s creative genius during his time in exile. The house which, in the words of Charles Hugo, is an “autograph on three floors and a poem in several rooms,” is a work of art in its own right, immersing visitors in a unique atmosphere. Victor Hugo gave a symbolic dimension to his house with references to his writing, philosophy and his vision of the world contained throughout.

Visitors discover this in a tour leading them from the shadows of the ground floor to the light of the top floor.

~Things To See and Do, Places to Visit in Guernsey~