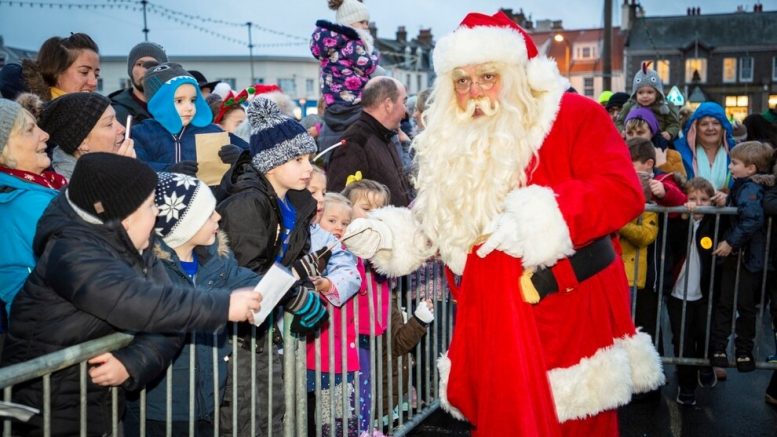 Father Christmas visited the Bridge to collect letters from children and switch on the Christmas lights last night. 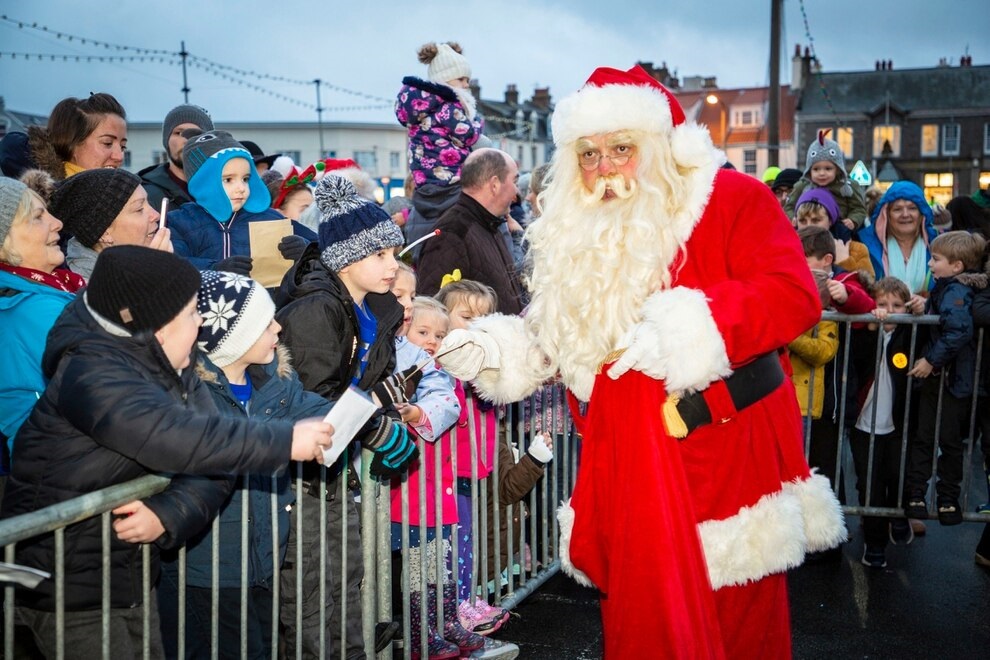 Crowds of excited children gathered along the road eagerly awaiting his arrival.

Shortly after 4pm he arrived in a Fire and Rescue vehicle, spreading Christmas joy and waving while the Guernsey Concert Brass Band played carols and popular tunes.

After switching on the Christmas lights, Father Christmas left with dozens of letters in his sack from young islanders who wrote to the man in red with their wishes for this festive season.

Jack Blazina and Olly Stephens, both 10, said they were looking forward to spending Christmas with their families.

‘I come to the Bridge to see Santa every year, this year I asked for some video games and lego,’ Jack said.

The boys always meet up on Christmas Eve to give each other their gifts early.

Olly said he likes seeing all the lights and decorations in winter, but Jack’s favourite thing about the season was the Christmas lunch.

Lois Woods, 5, was happy to see Santa with her 15-month-old friend Gabriel Deidda.

‘I’ve seen Santa before in Town and he is my favourite thing about Christmas,’ Lois said.

‘This year I’ve asked for some sparkly shoes and a real doll.’

The image of King Charles, his Queen Consort plus the Prince and Princess of Wales was taken before a Buckingham Palace reception for world leaders.Guernsey Press…

An anti discrimination law will come into force in Guernsey in a year’s time, after deputies voted for an amended version. Island FM: Guernsey News …

Citizens Advice found nine out of 10 broadband customers and seven out of 10 mobile customers are with providers who can hike prices mid-contract.Guernsey Press…

Mourners continued to join the queue in their thousands after midnight.Guernsey Press…