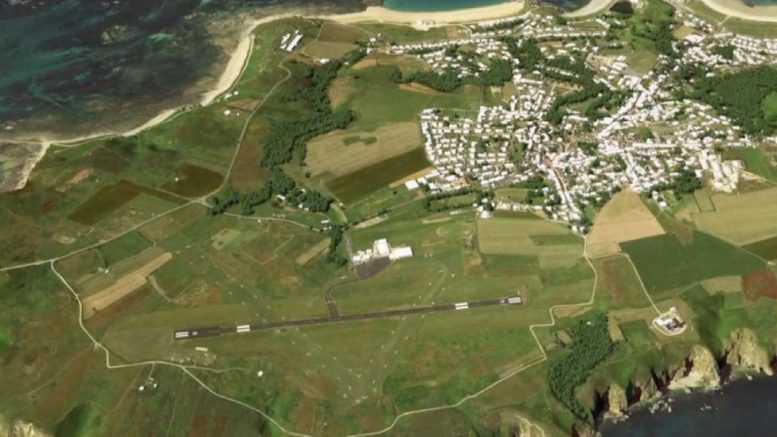 An Alderney businesswoman is urging Guernsey’s politicians to back an extension to the island’s runway.

Beth Chapman said Alderney could become a “retirement island” and a “drain on Guernsey’s economy” if plans to extend were not supported.

Deputies have a choice between doing nothing, extending the airport apron and improving the terminal building, resurfacing and a runway extension.

The estimated cost of the extension and terminal building improvements is £32m.

Guernsey States is set to discuss the proposals at its meeting later.

Mrs Chapman gave a presentation to some Guernsey States members last month about the benefits of a runway extension.

She said it was “well received” and she hoped it showed how this extension could “boost the island’s economy”.

Without an extension we can’t improve the economy,” she said.

“There’s a lot we can do when it comes to bringing new staff here and attracting new residents and business.

Deputy Yvonne Burford has argued a decision on Alderney’s runway should only be made after a firm direction has been given for Guernsey Airport’s runway.

“It has been said by lots of people that if we were to lengthen Guernsey’s runway, that would be the end of Aurigny.”

“So it’s not sensible to design a solution for Alderney based around Aurigny when we make a decision in a few months’ time, that means Aurigny has no long term future.

“I’m just looking to make sure decisions are done in the right order.”

Alderney States Representative in the States of Guernsey Steve Roberts said an extension was “vital” for the island’s future prosperity.

“This is not going to happen again. If we don’t extend it while they resurface, it would be too much to bring back all the plant and do it again. It’s now or never for Alderney.”